Before we talk about Hoeft, one of the neat things about this area is that it feels like at least every 30 minutes we come across a view like this.

Back to Hoeft. This is where we had our first encounter with Lake Huron.

Lake Huron is the third largest of the Great Lakes and is also the hardest to pronounce correctly….at least for our boys.

Their most popular pronunciation was Lake Her On. Coming in a close second was Lake Here On.

Regardless of how it is pronounced, Lake Huron was our third great lake on this trip! 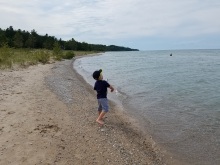 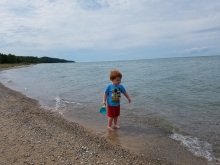 One of our greatest discoveries on this trip was that our boys actually like Taco Bell. I guess that’s a plus for me more than Shannon.

On a similar note, we also discovered that the boys eating tacos on the road is a complete disaster.

Our setup at Hoeft was much more kid-friendly. We didn’t feel terrible about letting the boys loose during our two days there.

Due to a lack of time or poor fire pit location we had yet to make a camp fire at any of our previous sites. The boys were super excited to finally get some marshmallow-roasting in. 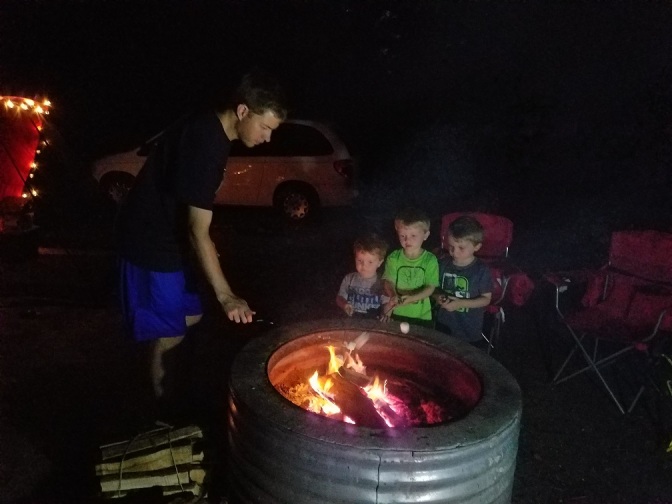 The following day we decided some down time would be best to give us all a chance to relax. In the afternoon we went down to the lake and got our feet wet. Asking young boys to just get their feet wet is like asking a pig to tip toe through the mud!

We love how crystal clear the water has been in all of the Great Lakes so far!!

After dinner we drove around Rogers City, a neat town about seven minutes from Hoeft, and ended up catching a sunset over Lake Huron.

We felt like our game plan for “pulling up stakes” at Muskegon was good. Everything being wet made packing up more difficult and we felt like we let the boys sleep in too long.

At Hoeft we woke the boys up an hour earlier. End result – we left the campsite at 10:30am. A full hour earlier than the previous two! We feel that was one of our greatest accomplishments on the trip so far!! HaHa! 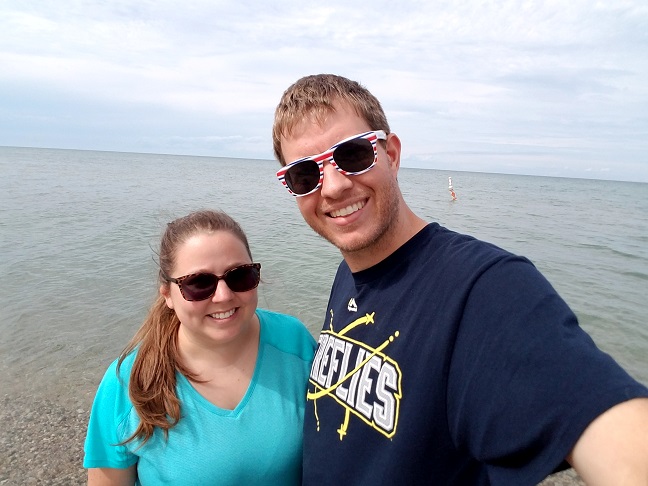 Next, we venture into the Upper Peninsula of Michigan!!